The CaraCo Group of Companies was founded in Kingston, Ont. in 1959 by Ann and Cornell “Case” Blommestyn as a building and renovation company called CJM Blommestyn Construction Ltd. 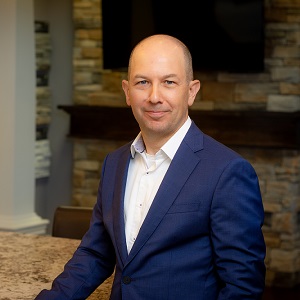 CaraCo has grown and diversified into five branches since, and the family-owned company has expanded from its Eastern Ontario base into Florida. While the patriarch passed away 25 years ago, Ann Blommestyn still tries to stay involved and attends board meetings at age 85.

While the second generation of Blommestyns has taken ownership of the company, Gennaro DiSanto was brought in as CaraCo’s chief executive officer during the summer of 2017 to oversee an operation that now employs about 100 people.

DiSanto has an accounting background and held positions as a corporate controller and vice-president of finance for various manufacturing and distribution companies before entering the real estate business with a Toronto-based land developer and homebuilder in 1996.

He acquired an equity position in that company and became president a year later.

DiSanto then founded Genview Development Corporation in 2002, continuing to work in land development and homebuilding in the Greater Toronto Area until he joined CaraCo.

“We are builders, developers, general contractors, property managers, and we even run a storage operation,” said DiSanto, who spoke to RENX at the sales centre of CaraCo’s newest development, Stone & South, in Gananoque, Ont.

“We’re full-service and fully integrated. We do everything in-house. We stand behind everything we’ve done.

“We’re well-known in the community and well-respected.”

In the Kingston area, Caraco is busy on several fronts. In addition to residential and multi-residential development, it also operates a property management division as well as a self-storage site.

CaraCo Development Corp. has operated independently since 1986, building executive townhomes and single-family homes in the Kingston area. It currently offers 748 rental units and builds about 75 homes per year.

The company sold out of its first phase at Kingston’s Trails Edge, and its current low-rise communities in the city include Woodhaven and Riverview.

CaraCo is now building The Westen at 845 Gardiners Rd., which will be its largest and most luxurious residential high-rise project in Kingston. It’s located on the edge of Lions Civic Gardens and next to the Cataraqui Centre shopping mall.

CaraCo Storage Solutions is located at 31 Steve Fonyo Dr., near Highway 401 and Sir John A. MacDonald Boulevard, in Kingston. It offers a variety of climate-controlled storage units with 24-hour-a-day, seven-day-a-week access and digital security.

“We built it ourselves and it’s kind of our flagship,” DiSanto said. “We’re looking at trying to repeat that.

“The challenge with the Florida market is trying to find the right location. Properties are being swallowed up there and there’s a very low vacancy rate in general. The population base in Florida is growing tremendously.

“We’re enjoying ourselves down there and plan to be there for a long time. Somewhere down the road we may look at expanding outside of Florida, but right now it’s very efficient having an operation down there with a full-fledged office . . . although we do a lot of the support back here at our Kingston head office.”