At the end of the day, it was too good a deal for Todd Cook to pass up. 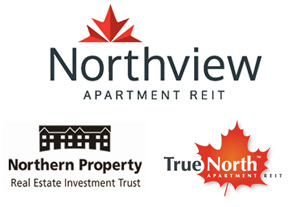 The agreement to create the $3-billion, 25,000-suite entity, which is to be named Northview Apartment REIT, is worth the financial cost of making the deal even at a time when NPR may be undervalued in the market, Cook explained to investors on a conference call.

“This is a rare opportunity to expand the diversification and scale of the REIT,” he said. “We looked at it as it arose and decided that it was a good use of our capital. The benefits of a national plan, diversified portfolio, were overwhelming and it is the right thing for our unitholders.”

One analyst noted the deal will make NPR more leveraged than ever, but the acquisition of the Eastern Canada apartment portfolio gives it geographic balance, solving a large problem for the Calgary-based REIT (NPR.UN-T).

Part of the reason the REIT found itself at a discount with investors is because of its heavy exposure to the slumping Alberta oil and gas sector. For example, it is one of the largest apartment owners in Fort McMurray, Alta.

The combination with Toronto-based True North and the Starlight portfolio will give it national scale and diversification, given the smaller REIT’s preponderance of assets in Eastern Canada, particularly in Ontario.

What’s in it for True North unitholders is an opportunity to be part of a much bigger, better-financed entity.

Under the proposed deal, True North shareholders would receive $9 per unit, a 16.4 per cent premium over the Aug. 7 closing price, as well as the increased financial stability of bigger company, moving from a small- to mid-cap entity and all the benefits that come with scale and diversification.

The other big beneficiary of the deal is none other than True North chairman and Starlight chief Daniel Drimmer. He is set to be the largest shareholder in Northview Apartment REIT with a 14.5% stake and the right to name two members to the board.

He also secures a pipeline to sell other Starlight properties in the future as part of the deal. As well, Starlight will continue to manage the True North and institutional portfolios following the combination.

“As was the case for True North, Northview will have access to Starlight’s property pipeline and expansive network of real estate professionals identifying attractive on and off-market acquisition opportunities in Northview’s diverse markets,” Drimmer said in a release announcing the deal.

On the conference call with investors, Cook said the agreement came about after informal discussions with Drimmer. “It really started with Daniel and I and expanded from there.”

“We weren’t really sniffing around, this is an opportunity that arose. There are not a lot of large portfolios, especially REIT transactions that are out there,” Cook said.

“When this came around we looked at it and it became fairly clear from the beginning for both sets of unitholders that this provided a unique strategic opportunity for us.”

Cook noted NPR had been moving away from its heavy resource exposure by entering markets such as Calgary, Regina and Saskatoon. “This is just an expansion of what we had started and when you have something of this size and scale that gets you all these benefits at once, you have to look at it.”

In addition to the share swap with True North unitholders, Northern Property would pay $535 million ($316 million cash, $49 million assumed debt and $170 million equity issued by the trust) to acquire the 4,650-suite portfolio from Starlight Investments Ltd. and a joint venture between the Public Sector Pension Investment Board (PSP Investments) and Starlight.

PSP will end up with about nine per cent of the new venture if the friendly deal is completed.

Following the transactions, Northview Apartment REIT would own nearly 25,000 residential suites in eight provinces and two territories, an enterprise value of more than $3 billion, and a nationwide asset and property management platform with approximately 800 employees operating out of its head office in Calgary and regional offices across Canada.

Importantly for NPR, it would no longer be subject to the ups and downs of Canada’s energy sector, as it would be diversified across more than 60 Canadian markets, including the Greater Toronto Area and Montreal. The largest number of suites would be in Ontario, with 8,235.

NPR added it is not abandoning its northern roots.

“Northview will continue to enjoy a significant presence in some of NPR’s traditional northern Canadian markets, including Yellowknife and Iqaluit, which are expected to continue to provide strong returns,” reads the release. “While Northview’s geographic diversification should reduce volatility in performance, Northview will also be well-positioned to take advantage of a recovery in resource-oriented markets.”

The deal calls for Cook to serve as president and CEO of Northview, with True North president Leslie Veiner taking on the role of chief operating officer.

The companies also touted a role for Northview as a consolidator in the multi-res sector. “With its national presence, Northview is expected to have access to additional acquisition and development opportunities,” the release stated.